The World’s Most Attractive Office Building

In my previous blog post I talked about photographing what the New York Times Magazine called ‘the millennium’s most important building,’ the Seagram’s Building.  This time, another of New York’s superlative buildings:  Frank Gehry’s IAC Building, called ‘the worlds most attractive office building’ by Vanity Fair magazine (April 2008).

My first exposure to the IAC Building, headquarters for Barry Diller’s InterActiveCorporation, was from the High Line:  a tantalizing splash of white against the grays and browns of the city.  I had to check it out! 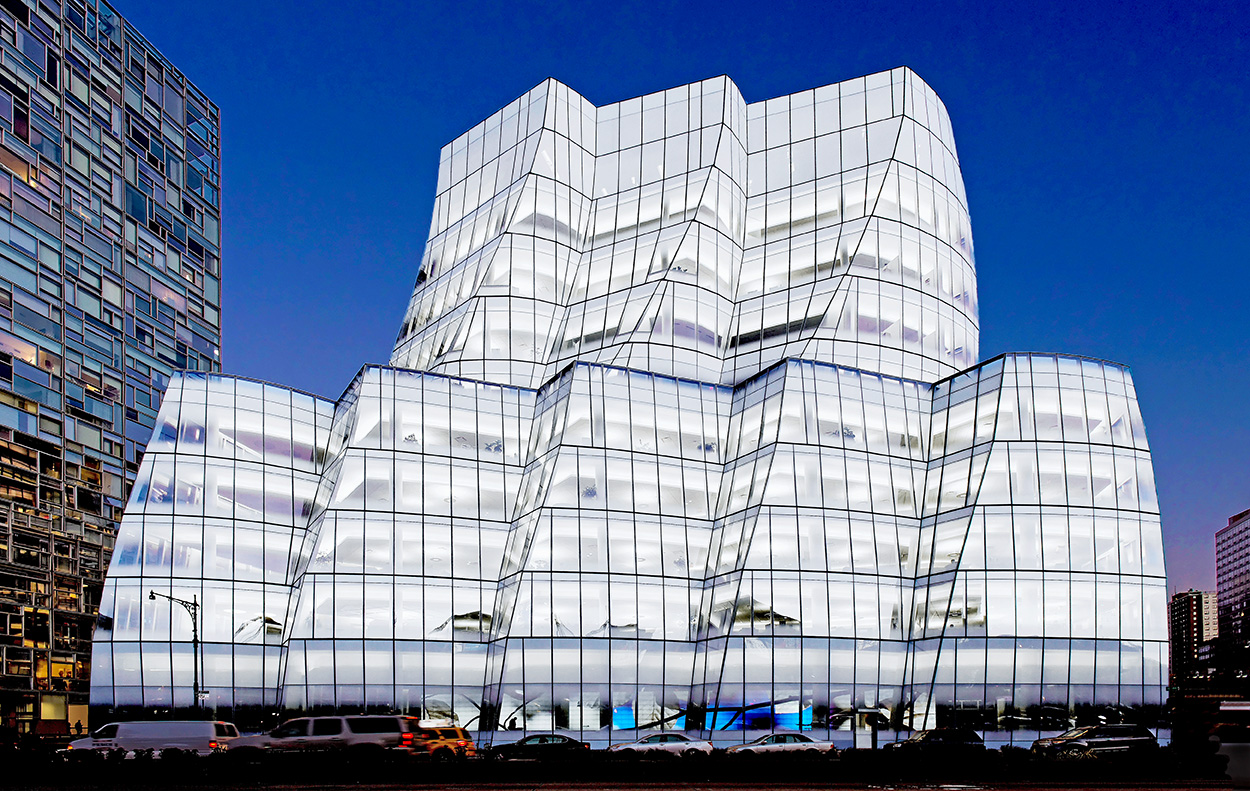 With the IAC, Gehry has retreated somewhat from the fanciful, almost slap-dash forms and metallic finishes of much of his recent architecture, creating a structure of such lightness and implied motion that it seems poised to sail straight down 11th Ave.  Indeed, it’s repeating, swelling forms in pristine white are often compared to billowing sails.

The completeness of this image was almost an accident of fate.  Gehry’s original plan was for the building to be clad in wrinkling titanium, a material he is more commonly associated with.  But Diller insisted that it be covered in smooth glass, allowing the building a lightness and character it could not otherwise have achieved.

The cohesiveness of Gehry’s design encourages the viewer’s eye to rest on the structure and experience it as a whole, whereas he is noted for a more splintered style, with myriad forms vying for attention.  Photographically, Gehry’s typical buildings abound with opportunities for graphically beautiful detail shots, while making a representative over-all shot a challenge.  In contrast, the IAC Building presents a beautiful facade from numerous angles;  detail shots are elusive.

The IAC also shines in either day or night, standing out against bright blue sky, the deep blue-purple of dusk, or black of night.

So, did I enjoy my brief time with the IAC Building?  You bet!  It’s clean, graphic design is a perfect match for my penchant for clean, graphic images.  You can add my vote to the IAC as ‘the worlds most attractive office building!’

•  It contains the world’s first glass curtain wall to be cold-warped, which means that it was bent on site
•  Only two columns of the frame are vertical. All concrete columns are inclined some of them as much as 25 degrees from vertical.
•  The 12 inch thick shear wall in the IAC’s buildings core, serves as a building weight to counteract the twisting effect of the columns. This wall also encases the fire stairs in the building.
•  The building rises 155 feet from street level and provides 70 underground parking spaces
•  From 1,450 curtain wall units, 1,150 are unique. The units are huge, 35ft by 22ft.
•  In some corners of the building, the glass twists 150 degrees from ground to roof.
•  In 2009, the building was honored with a Pinnacle Award by the Building Owners and Managers Association (BOMA) of New York.
•  Construction on the property was begun in June 2004 and completed in April 2007. 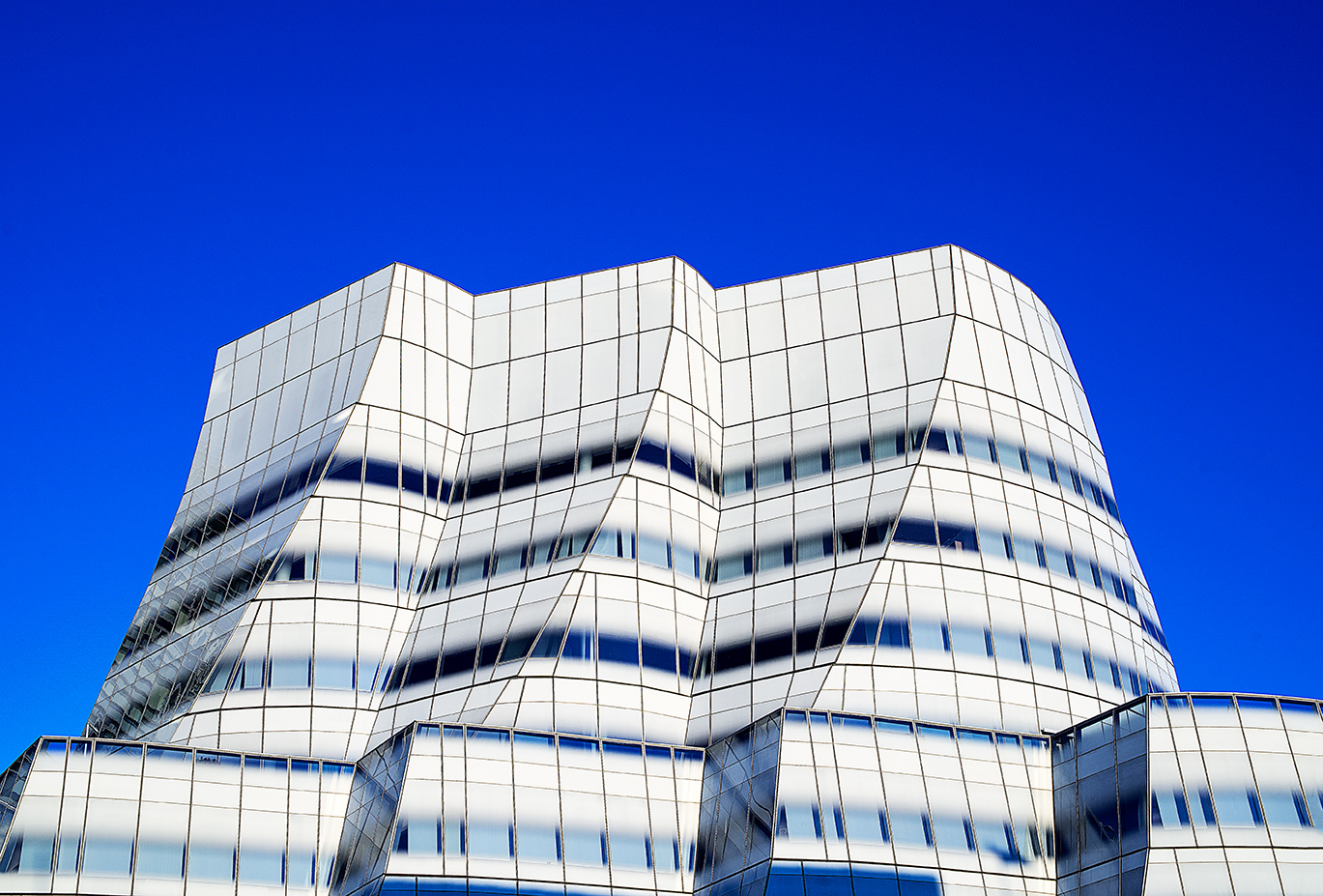 aPrevious: The Millennium’s Most Important Building
Next: Architecture?... or Sculpture? b