Putting the Penance into Penitentiary

This post isn't about architecture in the usual sense, and the photographs certainly aren't, but it is about the effect of philosophy on architecture, 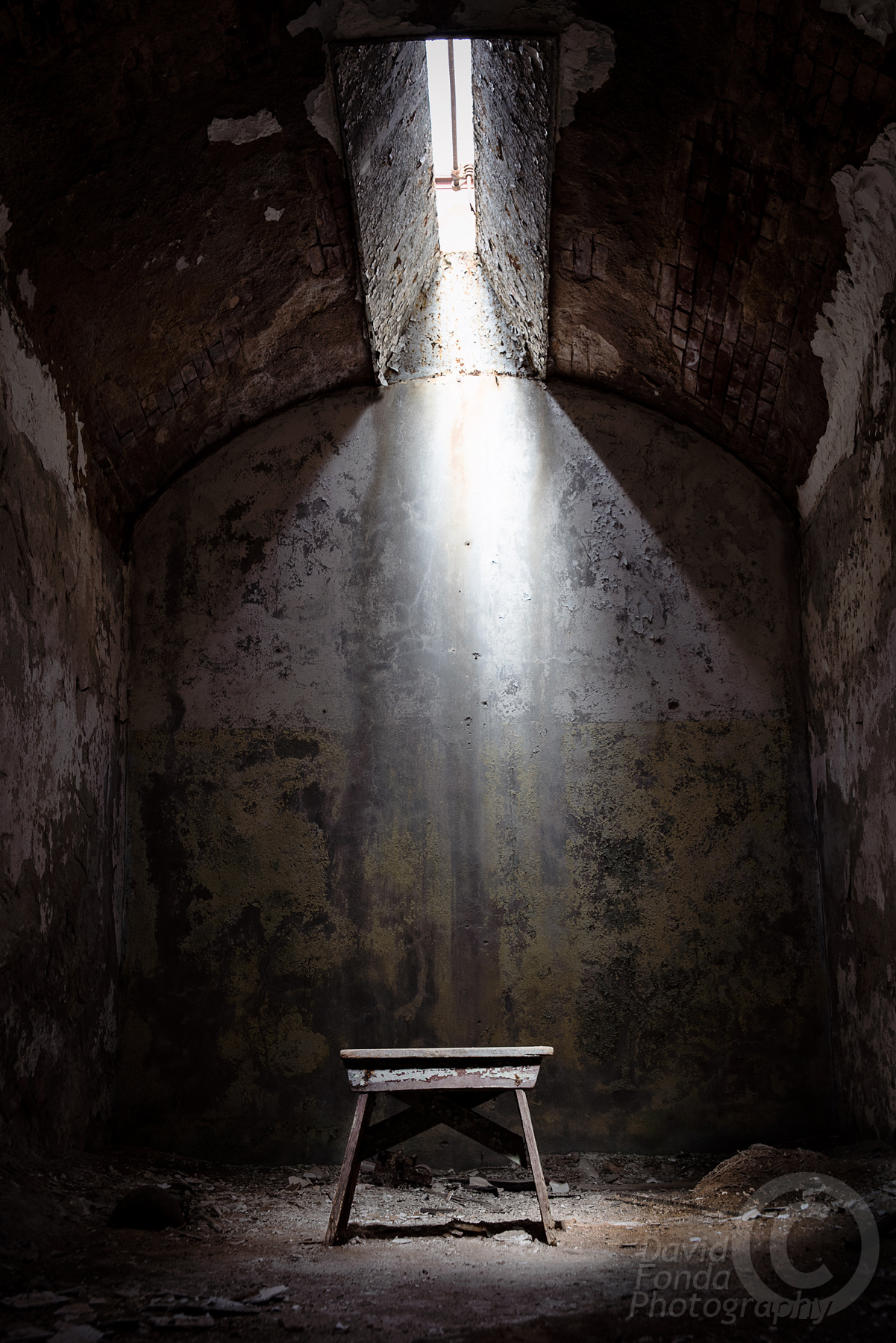 I've lived in and around Philadelphia for most of my life.  It's a place rich with the history of America, and I've been fortunate to be able to visit a good many of it's historical sites.  One place I hadn't visited until recently was Eastern State Penitentiary.  It should have been much higher on my 'must see' list.

If you're not from Philadelphia, or not a fan of the penal system, this might not seem unusual;  after all, who'd want to go see an old, run down prison.  But if you're visiting Philadelphia, I'm here to tell you, ESP should definitely be on your 'hit' list.  Judging from the number of languages I overheard being spoken by visitors there on even a slow day, I'm not alone. 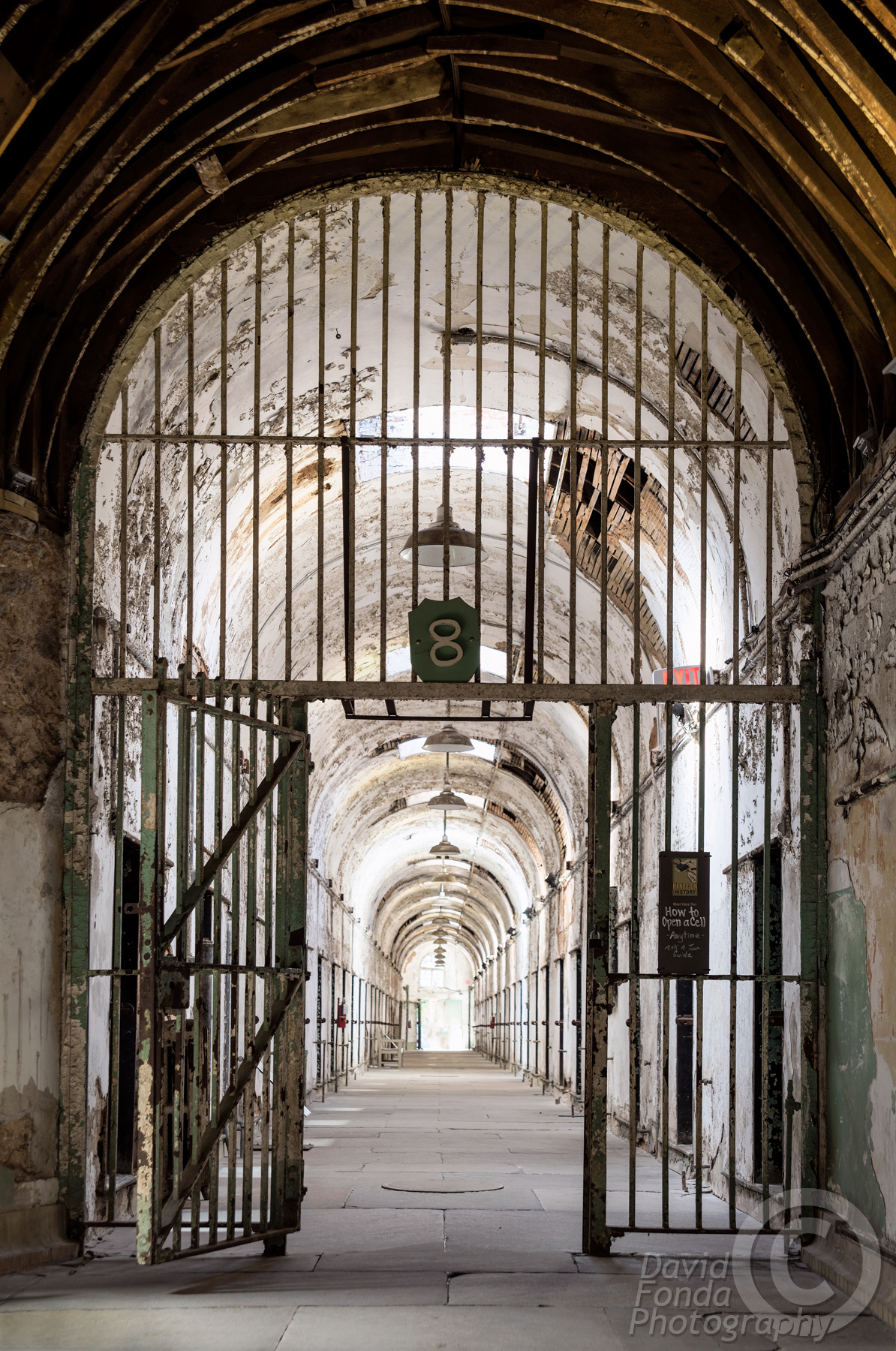 You won't see the immaculately preserved history of Independence Hall, or the symbolic significance of the Liberty Bell at ESP;  it's been kept as a 'preserved ruin'.  You won't see the sweeping portrayal of history of the National Constitution Center or the new Museum of the American Revolution.  And you won't see the beautiful and hallowed grounds of Valley Forge.  What you will see, and experience, is a unique look at the history of a segment of society that's usually studiously hidden:  residents of the largest prison system in the world.

Eastern State's place in that history is unequaled:  when it was shut down in 1971, it had operated continuously for 142 of the United States then 195 years.  When opened in 1829, ESP was a state of the art facility costing $800,000, one of the most expensive American building projects of it's day.  It would soon become world renown.  It offered individual flush toilets, running water, and skylights in every cell and had central heating;  all at a time when even the White House was still using chamber pots and coal stoves.

But more revolutionary than it's physical structure was it's philosophical foundation.  Sprouting from principles of the new European Age of Enlightenment, and the hometown beliefs of the Quakers, ESP would become the world's first 'penitentiary'.  Meeting at the home of Benjamin Franklin in 1787, The Philadelphia Society for Alleviating the Miseries of Public Prisons (a name born prior to the current age of acronyms!) set out with the goal of seeing the Commonwealth of Pennsylvania set the international standard for humane prison design.  The vision was to create an environment that fostered reflection resulting in genuine regret for one's actions and resulting in penitence and reform.  It took more than 30 years of lobbying for it's cause, but the Society would see it's vision come to life on farmland just outside of Philadelphia. 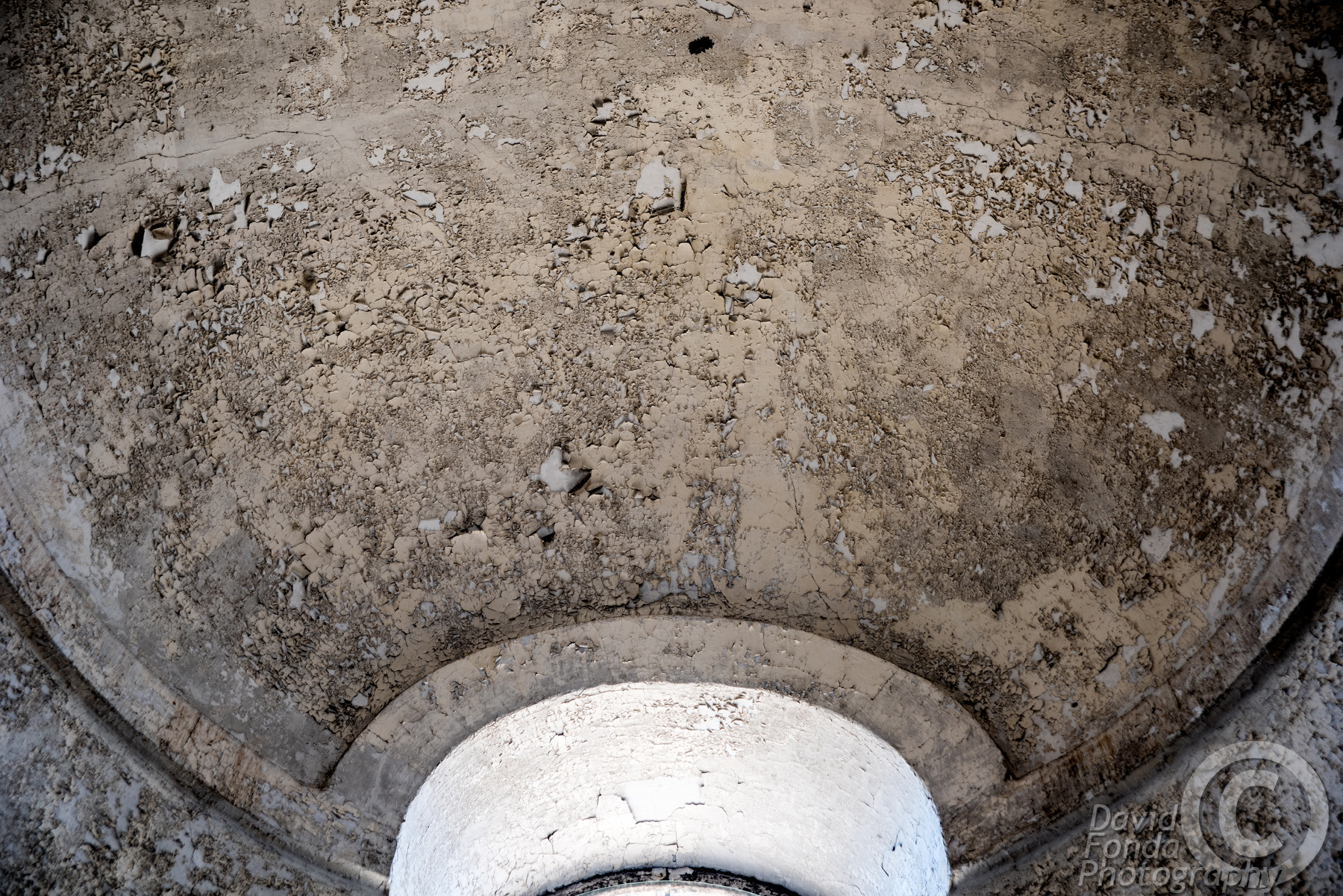 With towering, 30 ft. high barrel-vaulted hallways, tall arched windows, and skylights throughout, ESP was designed to have an almost monastic feel.  Prison life was to be monastic, as well.  Solitary confinement was the order of the day;  individual cells had individual courtyards surrounded by 10 ft. walls;  lit only by skylights (the 'eye of God'), the only reading material the Bible;  interactions with other prisoners were forbidden, and with the guards were at an absolute minimum.

The concept was immediately controversial and the facility drew visitors and tourists from around the world.  Was solitary confinement a humane method to inspire reform;  or was it cruel to deprive prisoners of social interaction and news of home?

"Thrown into solitude... [the prisoner] reflects. Placed alone, in view of his crime, he learns to hate it; and if his soul be not yet surfeited with crime, and thus have lost all taste for any thing better, it is in solitude, where remorse will come to assail him.... Can there be a combination more powerful for reformation than that of a prison which hands over the prisoner to all the trials of solitude, leads him through reflection to remorse, through religion to hope; makes him industrious by the burden of idleness.." 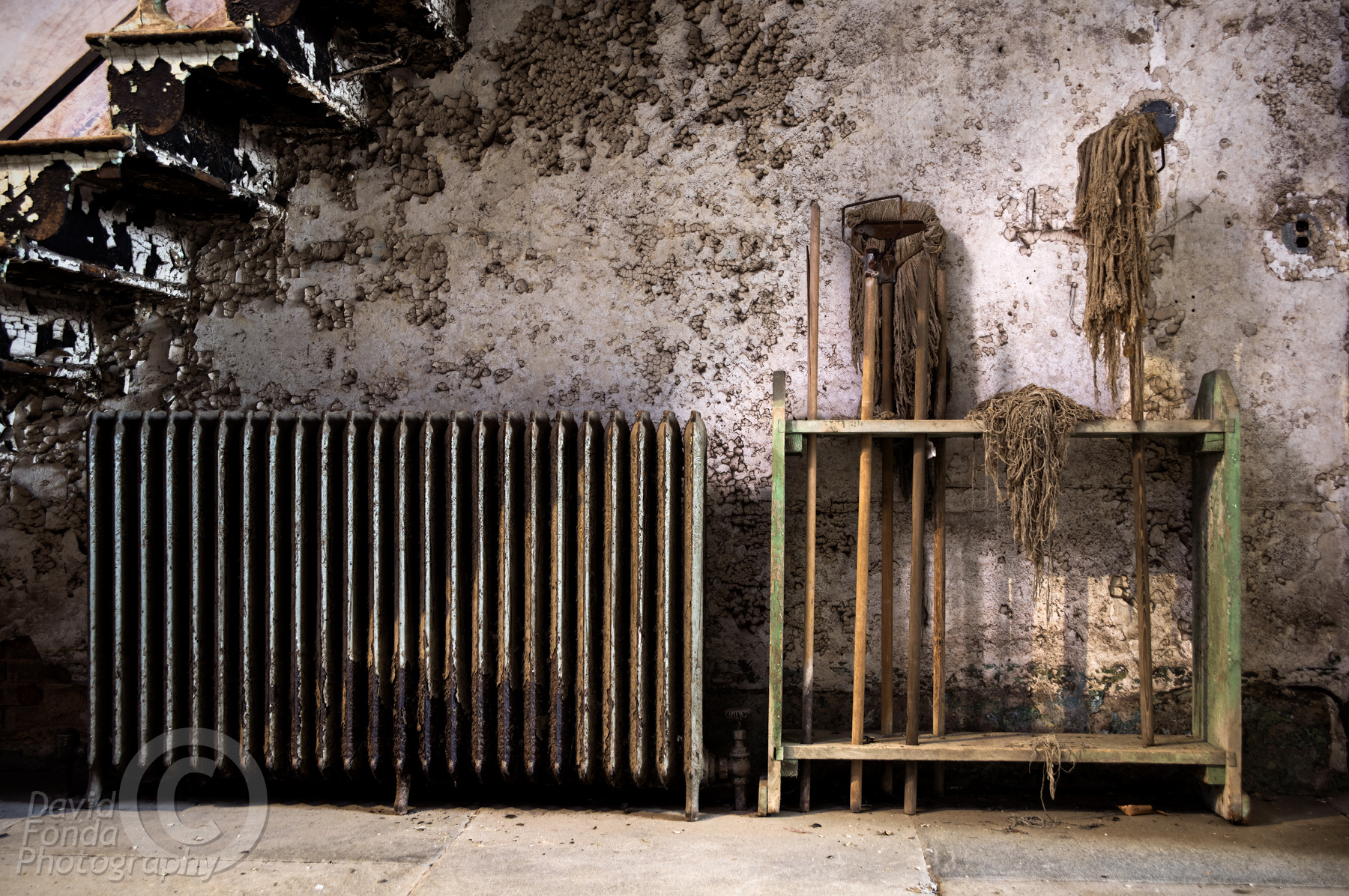 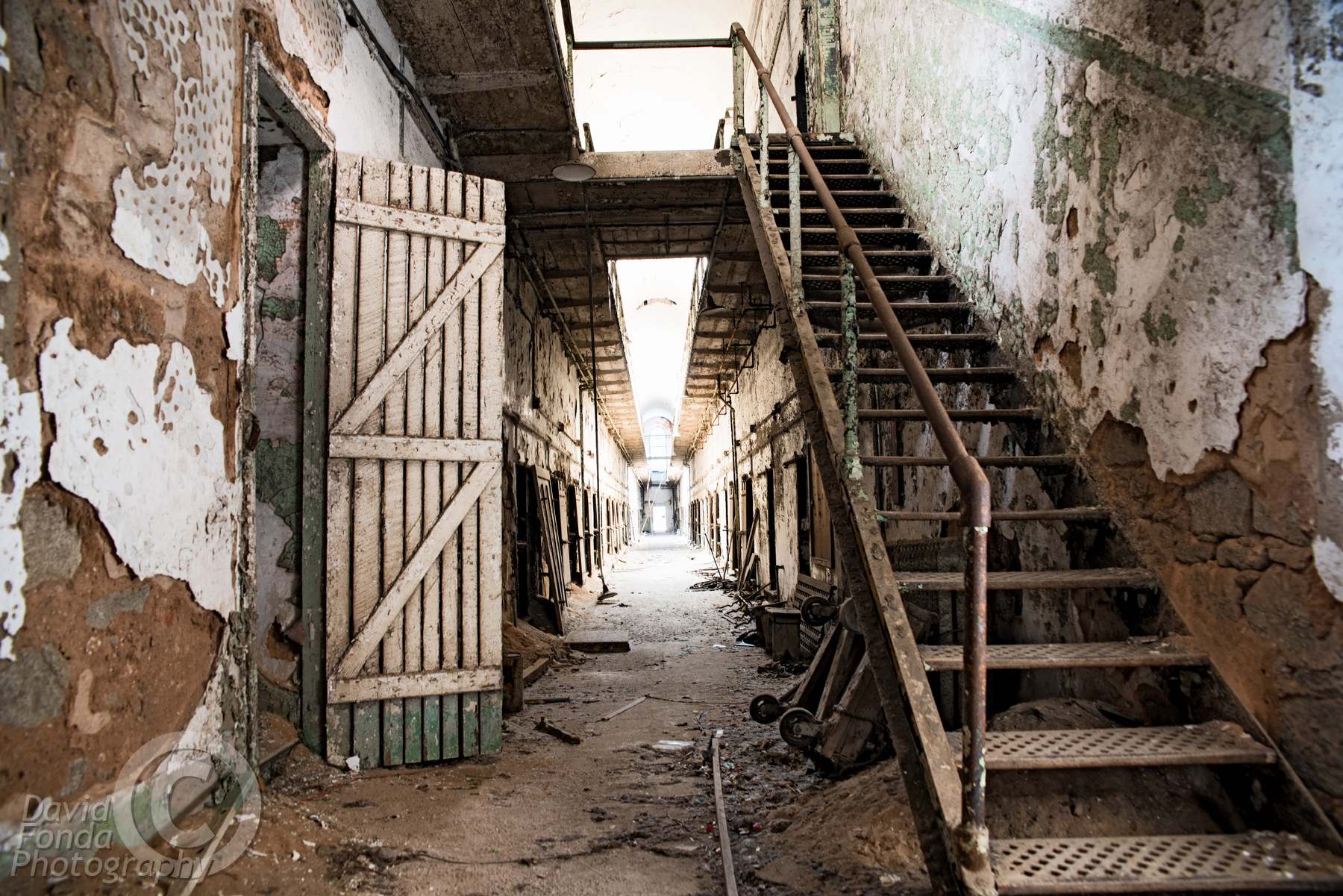 Charles Dickens perhaps best foretold it's fate recounting his 1842 visit in his travel journal, American Notes for General Circulation. The chapter is titled "Philadelphia and its Solitary Prison:"

"In its intention I am well convinced that it is kind, humane, and meant for reformation; but I am persuaded that those who designed this system of Prison Discipline, and those benevolent gentleman who carry it into execution, do not know what it is that they are doing....   I hold this slow and daily tampering with the mysteries of the brain to be immeasurably worse than any torture of the body;  and because its ghastly signs and tokens are not so palpable to the eye,...   and it extorts few cries that human ears can hear;  therefore I the more denounce it, as a secret punishment in which slumbering humanity is not roused up to stay."

Modern behavioral science, and experience, show that long-term isolation results not in reflection and penitence, but in madness.  The solitary confinement system was officially abandoned at Eastern State Penitentiary in 1913...   due to over crowding.  ESP continued to operate as a conventional prison for close to 60 more years, housing such notable inmates as 'Slick Willie' Sutton and Al Capone (his cell pictured below, right).  It was named a National Historic Site in 1965, and permanently closed in 1971.  After numerous failed attempts to redevelop the site, it was opened to the public for tours in 1994.  It hosts an annual Halloween haunted house, 'Terror Behind the Walls', and is home to a number of art installations, such as 'Identity Control', by Tyler Held (below, left)  As a part of it's educational mission, ESP has incorporated the exhibit Prisons Today: Questions in the Age of Mass Incarceration, a look at the current state of the criminal justice system in the U.S. 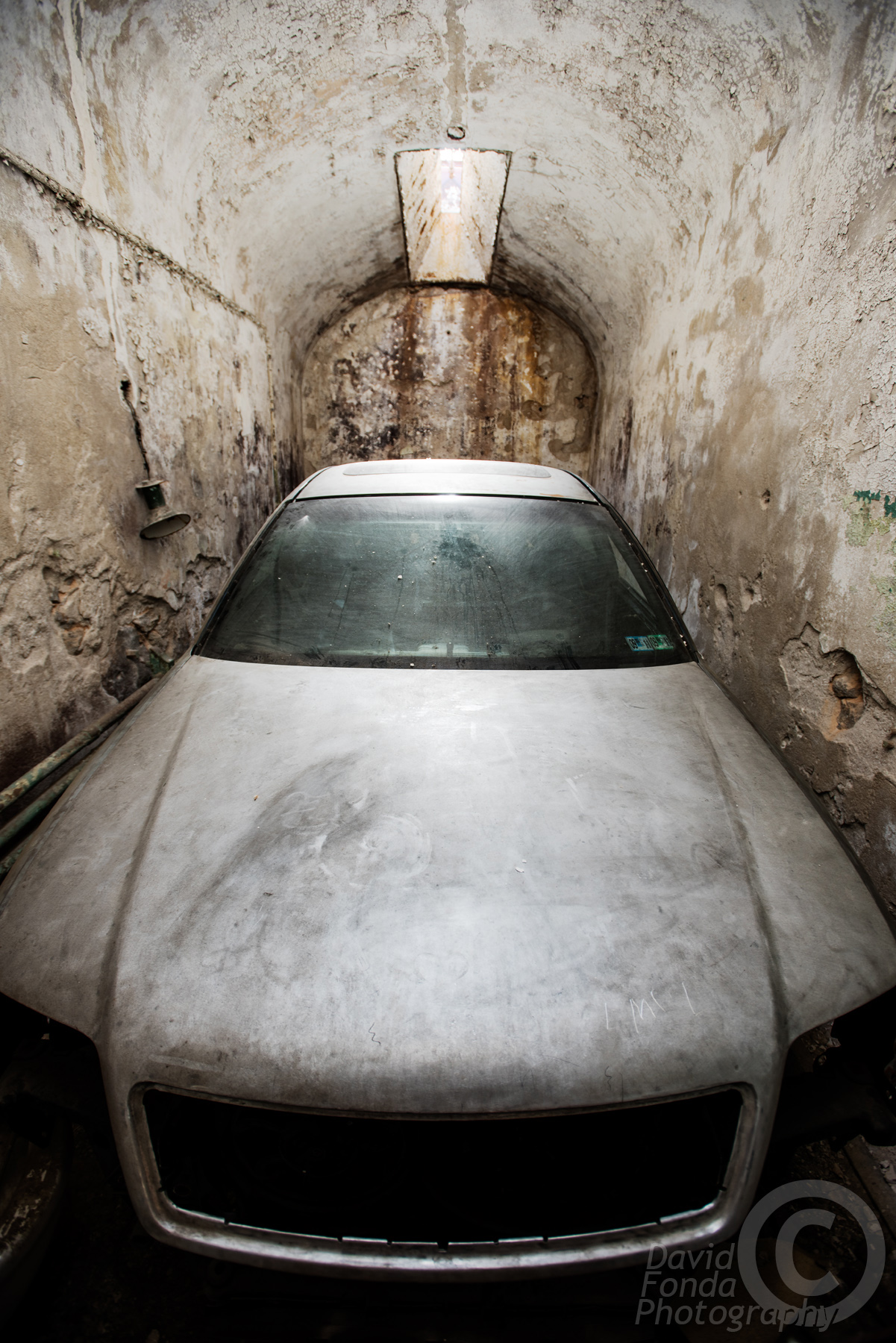 Eastern State Penitentiary's early notoriety inspired some 300 similar prisons internationally, but despite the gradual prison reform of the last 40 years, it's sincere attempt at establishing a humane and effective system of incarceration has not seen a serious re-visitation in the U.S. in close to 200 years.  Given it's unique place in history, ESP should be a symbol for the enlightened reform of our prison system;  given the will and the resources, it could be once again. 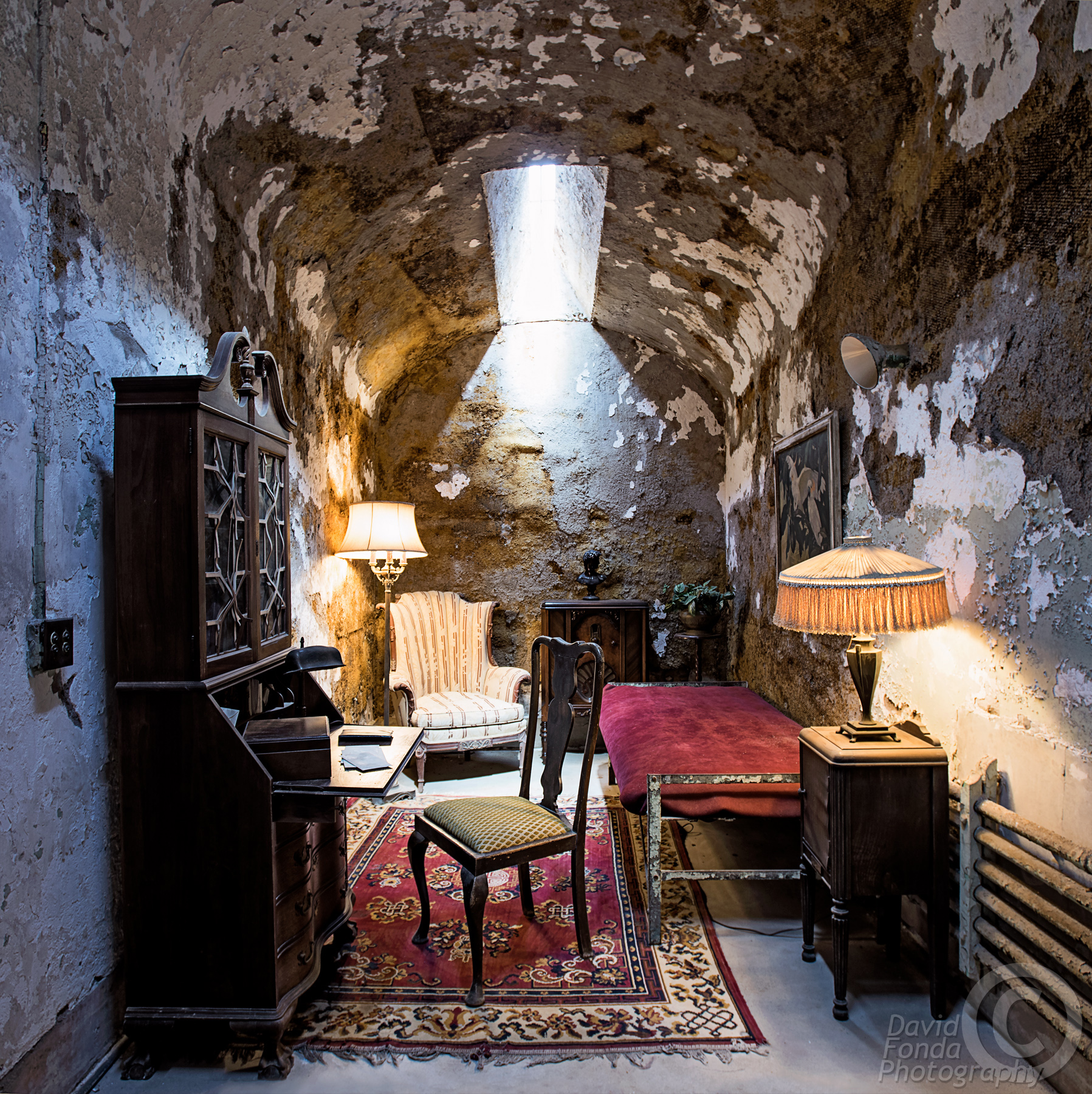 aPrevious: BIG Architecture in Philadelphia
Next: What Makes It Art? b