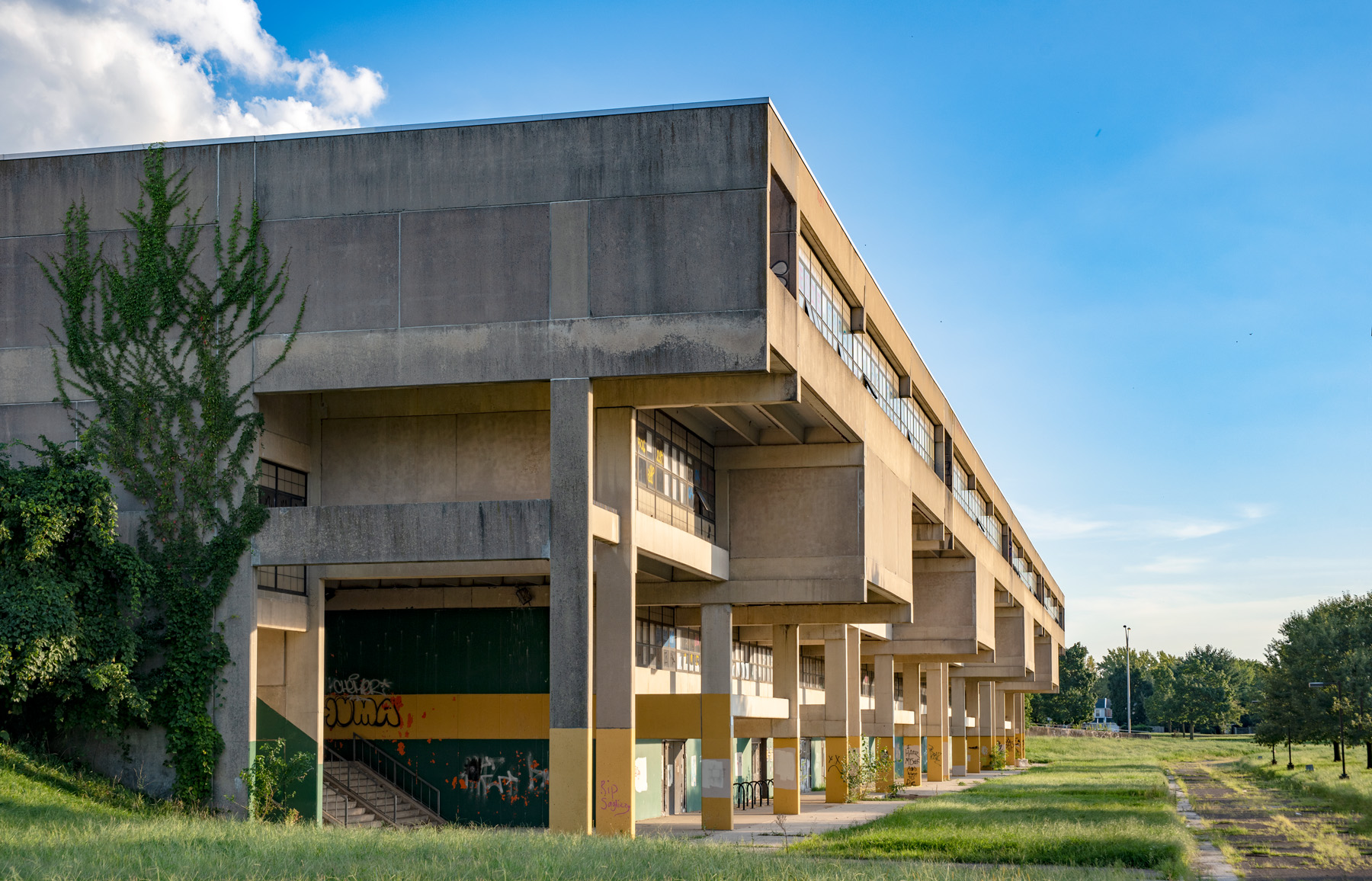 Perhaps Philadelphia’s finest example of Brutalist architecture, the George Wharton Pepper Middle School in the Eastwick section of South West Philadelphia, has likely had it’s fate sealed with the submission to the city of a feasibility study recommending it’s demolition.

The Pepper Middle School has had a rocky, and soggy, history.  Designed in 1969 by the Houston-based architecture firm of Caudill Rowlett Scott (CRS), Pepper was one of approximately 30 new buildings approved for construction by the School District of Philadelphia (SDP) between 1967 and 1971, during the districts most expansive, and expensive, building campaign ever.

Claudill Rowlett Scott had specialized in designing schools for some 20 years and possessed a national reputation for innovative design, bolstered by it’s 1962 Public School 219 in Queens, NY, the ‘Dome School’, built as a demonstration school for Queens College and a showpiece for the 1964 World’s Fair.

CRS was known for their airy, open-plan designs featuring abundant natural lighting, both following and feeding teaching reforms of the 1950’s and ’60’s.  But by the end of the ’60’s security and safety had become prime motivations in school design.  Brutalism, with it’s fortress-like character and copious use of concrete, was well suited to these mandates, and a number of SDP’s schools from this period, including Pepper and William Penn High School, were of the Brutalist style.

While Brutalist architecture is not to everyone’s taste, the Pepper school does provide a prime, if little known, example to those who do appreciate it and it’s design drew praise from both the Philadelphia chapter of the American Institute of Architects and Progressive Architecture magazine.

Those who did not appreciate it, though, were vocal from the beginning.  The Art Commission, which reviews all city-owned construction projects, instigated two rounds of revisions which delayed completion until 1976 and prompted CRS to withdraw from the project.  Pepper was not well received by the public, either, experiencing a steadily declining student population which had sunk to 413 — in a facility with a capacity of 1,176 — in it’s final year before closing in 2013. 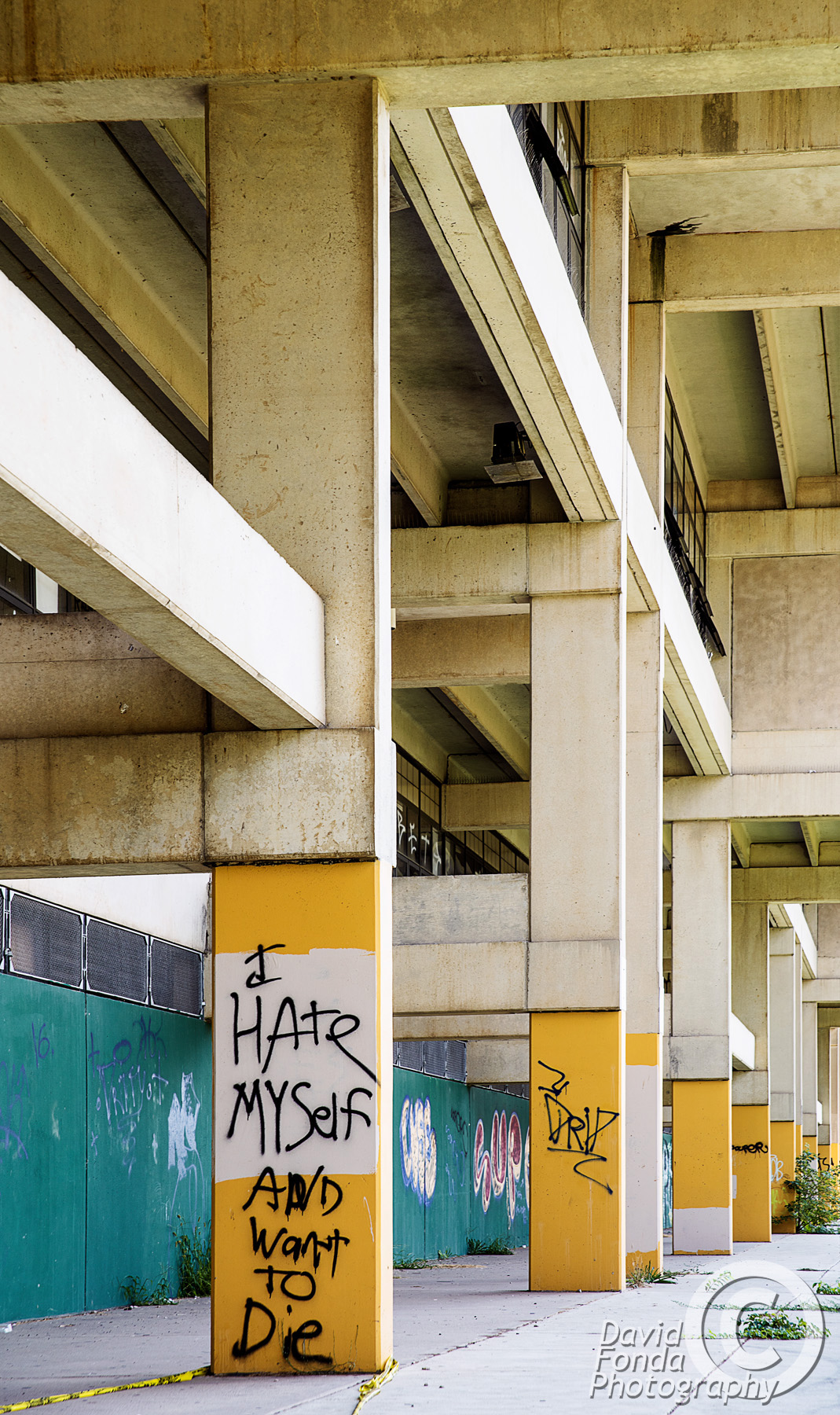 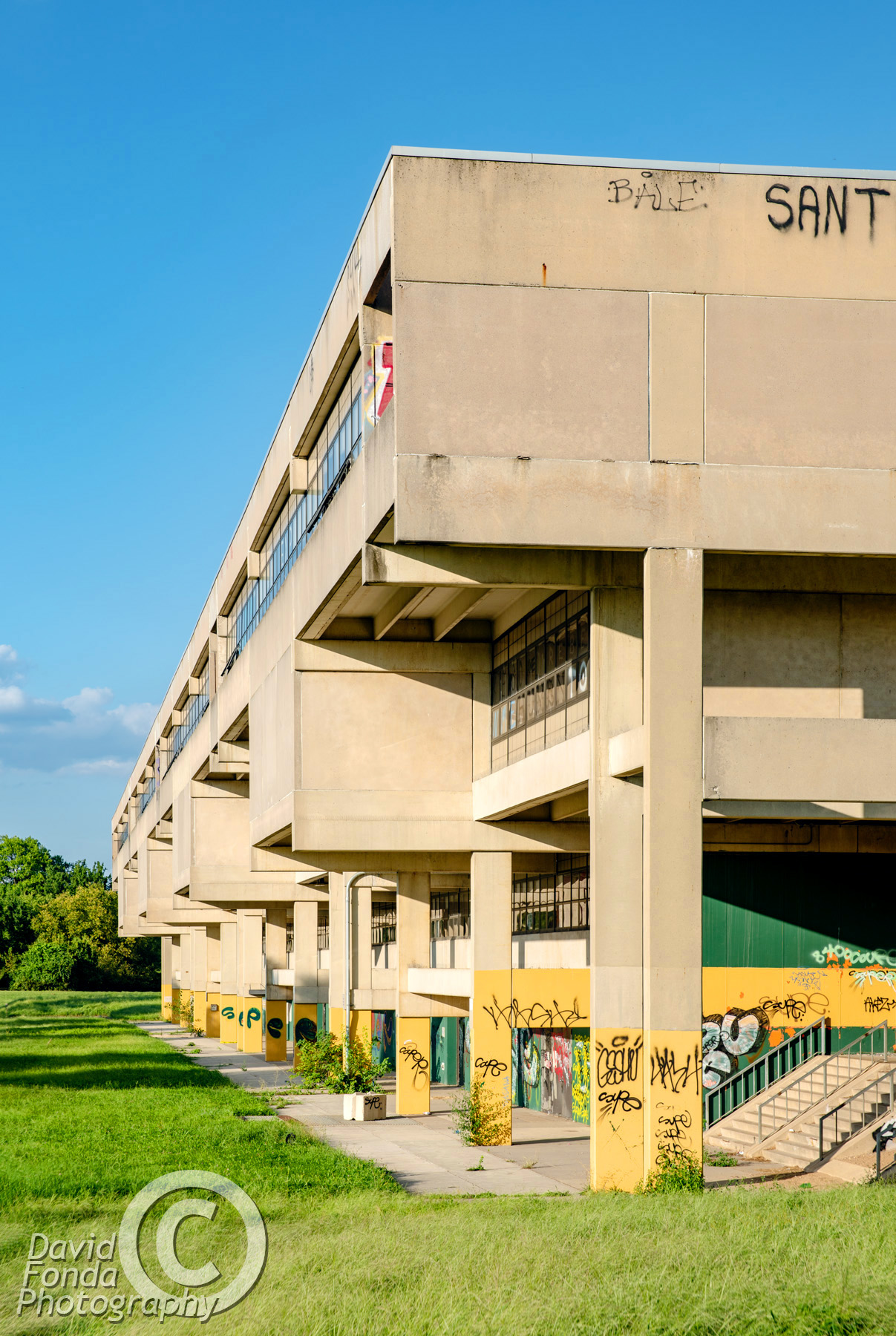 But the George Wharton Pepper Middle School’s problems began well before even it’s initial design and provides a cautionary tale of the potential pitfalls of urban renewal.

In post-World War II America, urban renewal was a hot topic as cities fought to stem ‘white flight’ and the lure of suburbia.  Old east coast cities were prime candidates and Philadelphia was one of the leaders.

In the 1950’s, the neighborhood of Eastwick was a quiet, integrated ‘village’ where you could walk to work, walk to church, and walk to the store. 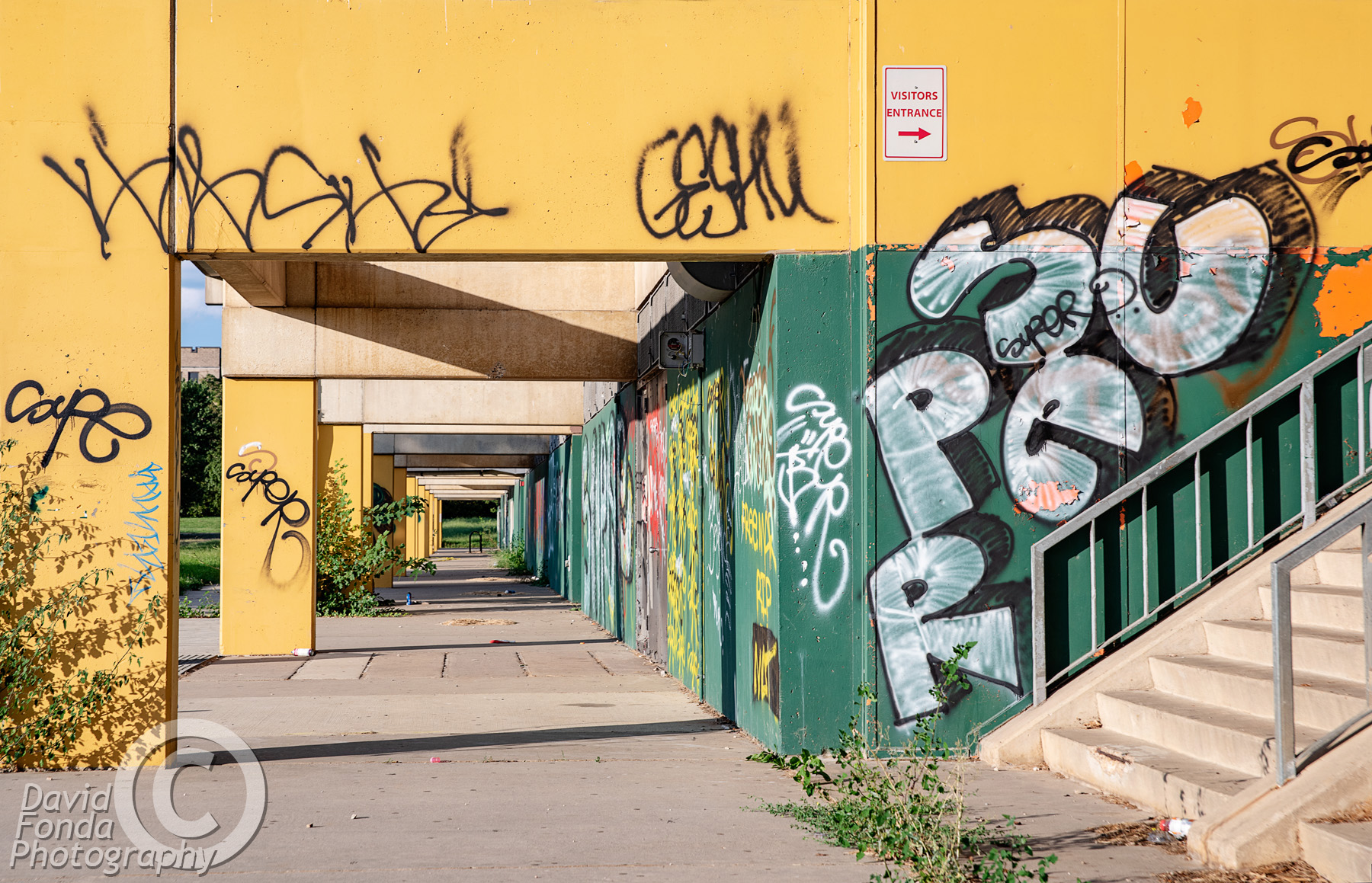 By the late ’50’s Eastwick was targeted as the site for the largest redevelopment project in the country, combining housing with industry to create a ‘city-with-in-a-city.’  Planners envisioned 20,000 jobs and homes for 60,000.  9,000 residents were displaced and their neighborhood razed.  While industry did move in and suburban-style housing was built, the vision of a city-with-in-a-city was never realized.  Even today, neighborhood streets sit empty, devoid of housing that was never in demand.

In the end, Eastwick, the city, failed for the same reason that Eastwick, the village, succeeded:  enclosed by the Schuylkill River, Darby and Cobbs Creeks, and I-95 and the Philadelphia Airport, Eastwick was isolated from the rest of the city.  That isolation suited existing residents just fine, but it was a major, and unseen, deterrent to new development.

‘Renewal’ in Eastwick faced one other major obstacle, this one in plain view, but little understood.

In 1900, the 5,700 acres bounded by the Schuylkill and Delaware Rivers, and the Darby and Cobb’s Creeks was marshland.  Much of it was dredged and infilled to provide land for the airport and the Philadelphia Refining Complex.  1,200 acres were set aside as the John Heinz National Wildlife Refuge.  By the year 2000, the remaining marsh had been reduced to just 200 acres. 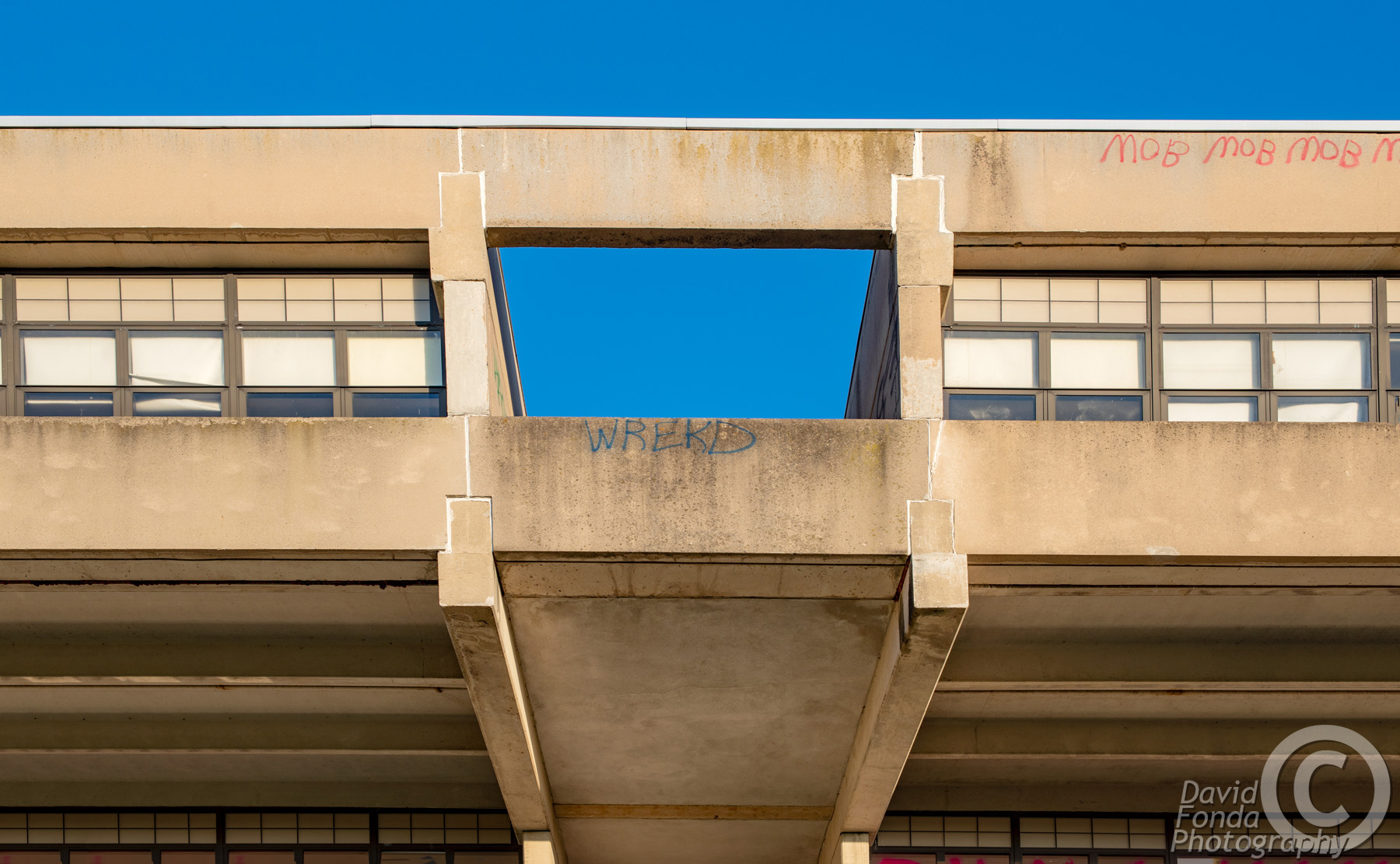 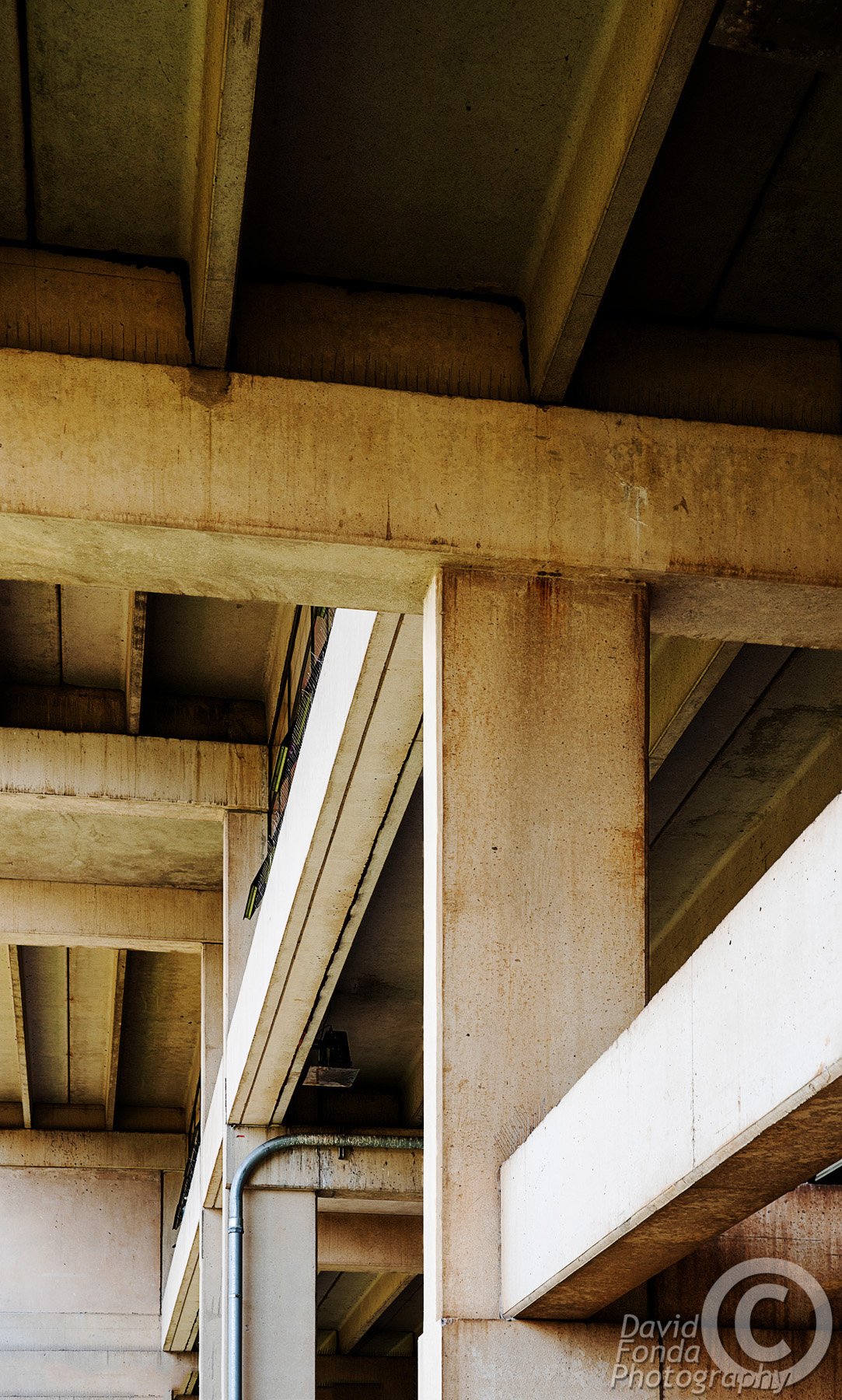 We now know that marsh land serves a critical function in erosion prevention and rain water absorption.  The marsh may be gone, but the water still comes, and for decades Eastwick residents have suffered flooding.  The unstable infill and high water table causes some houses to sink and many basements to flood.  It has been designated by FEMA as a Special Flood Hazard Area, a high-risk flooding zone.

And the George Wharton Pepper Middle School sits squarely at Eastwick’s lowest point, in places as much as 2-feet below sea level.  It’s topography has earned it the nick name of ‘the Pepper bowl’, and the school has experienced as much as 9-feet of flood water.

Combine these twists of history and nature with the cost of asbestos and lead mitigation that would be required for repurposing, and the Pepper school’s demise seems unavoidable.

Those of us, myself included, who appreciate Brutalist architecture will be sad to see it go, but the purpose of architecture is for the service of people, and when a building no longer meets that requirement, it becomes a burden.

Perhaps city planners, with lessons learned, can do a better job now, and give Eastwick the community it lost 50 years ago.  If demolishing Pepper aids in that process, it will have fulfilled it’s service to the city. 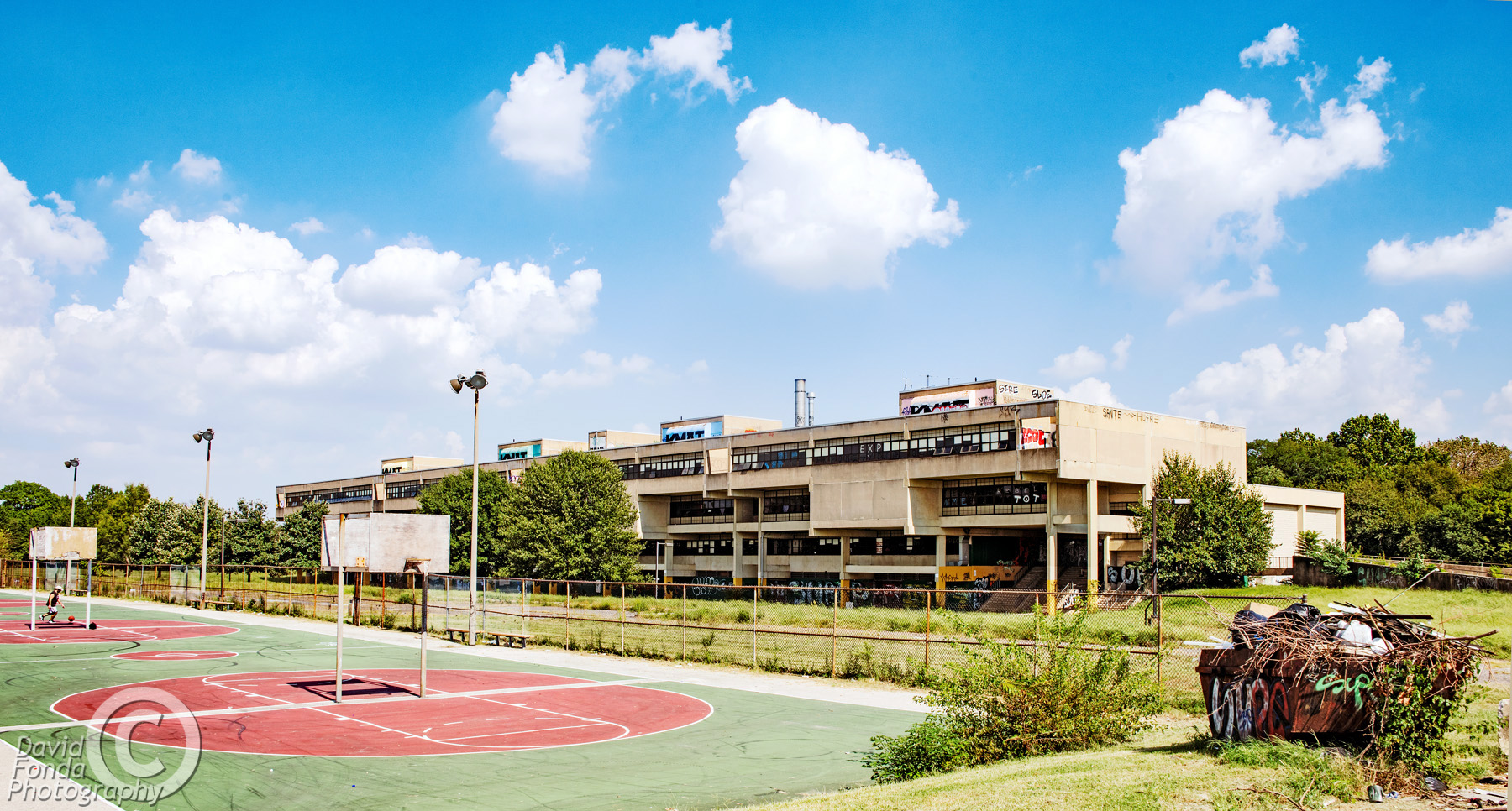 aPrevious: A Log Cabin for the 21st Century
Next: Art, Time, and RE-Creation b